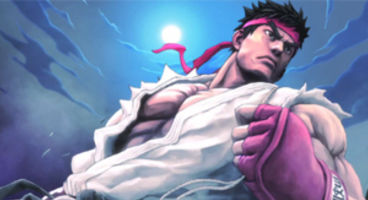 Sales for Street Fighter x Tekken have not been what Capcom thought they'd be, having sold 1.4 million units since its March launch, declaring sales "have fallen short of our plan".

They blame "cannibalism" as one of the primary causes, as other brawlers have released "within a short time" of each other. Meanwhile Slant Six was right for a Resident Evil game.

It was simply too much too close together that dampened Street Fighter x Tekken's reception. Since Street Fighter 4 in 2009 there have been a growing number of brawlers.

"We believe one of causes is cannibalism because of the large number of other games in this genre that were launched within a short time," stated Capcom.

Brawlers have seen a resurgence thanks to SFIV in '09, with Warner Brothers backing the return of Mortal Kombat and Namco Bandai with Tekken and Soulcalibur V. Capcom's Yoshinori Ono wants to bring back Darkstalkers.

Resident Evil: Operation Raccoon City has shipped 2 million copies since release and that has vindicated Capcom's choice to pick Canadian developer Slant Six. "This shows the success of our decision to try the new approach of using an alliance with an overseas development company," said Capcom.

Street Fighter x Tekken released on Xbox 360, PS3 and PC March 6th in the US, 9th in Europe.