15 October 2012 | By Jonah A. Falcon
Obsidian's Kickstarter project, a roleplaying game with the working title Project Eternity, continues to see strong support from fans. The crowdfunding effort has surpassed $3M and has just passed $3.1M with just under two days left. 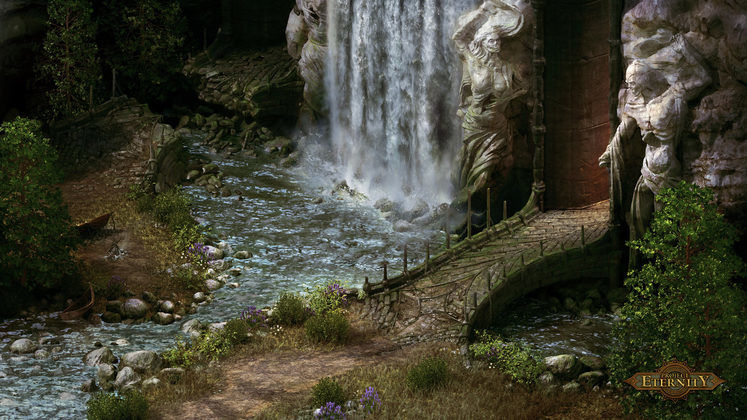 A sampling of the environment.

The passing of the 2.8M stretch goal added George Ziets, the creative lead on Neverwinter Nights 2. With the passing of $3M in funding, Strongholds have been added. According to Obsdian, "Some of you wanted something that went beyond the standard player house, allowing you to take control of a full stronghold and its surrounding lands. Well-done strongholds provide players with the ability to make large scale changes, undertake special quests, customize the contents of the stronghold and the surrounding environment, and engage in light strategic gameplay between adventures."