15 October 2012 | By Jonah A. Falcon
Warner Bros. Interactive has announced that the latest major expansion to the free-to-play MMO The Lord of the Rings Online is now available for download. The new expansion, Riders of Rohan, focuses on the land of Eastern Rohan where the Mark ride against Sauron's Orcs. 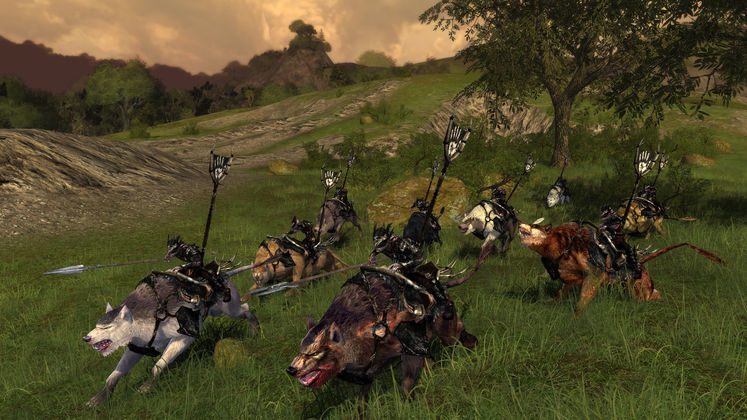 The expansion has the following features:

* Explore Largest Landscape Yet -- Join with the Rohirrim and ride across the sprawling plains of Eastern Rohan. Raise high your sword to fight for honor and glory in the name of Théoden King! Experience hundreds of new quests, earn new favor, get new gear, achieve new deeds and more!

* Experience Mounted Combat -- Ride into combat atop your loyal War-steed as you defend the people of Rohan from the forces of Isengard and Mordor. Charge into battle using strategic maneuvers to outflank and defeat your opponents. Team up with a fellowship to challenge groups of enemies and use the combination of varied skills to triumph. Stomp, trample, kick, and charge your enemies in all new mounted combat throughout the plains of Rohan.

* Master New War-steeds -- Enter the lands of the Rohirrim upon a new War-steed to aid you in mounted defence of King Théoden’s land! Hailing from a long line of majestic, highly intelligent, and kingly creatures known as the Mearas, War-steeds are faster, stronger, and more trained for battle than normal mounts. Advance your War-steed's skills over time and customize your mount with unique appearances.

* Continue The Epic Story -- The Fellowship is on the move once again and must achieve their task at all costs. It falls to you to clear the path and turn the Eye of the Enemy away from their progress as you aid the Rohirrim in their own struggle close by. Witness the breaking of the Fellowship at Amon Hen; forge alliances with the Ents of Fangorn; and aid Éomer, adopted son of Théoden, as he seeks to protect his homeland from the growing Shadow.

* Advance to Level 85 -- Learn what it means to be Rohirrim as you face new challenges throughout the Riddermark on your journey to level 85. Continue your legend as you grow in power with new skills and deeds and get new armor and gear to aid you in the battles to come.

The developer Turbine also released a launch trailer for Riders of Rohan.