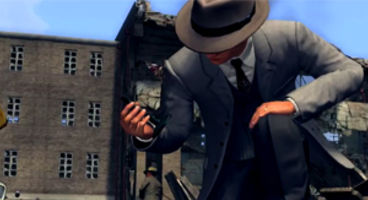 PC gamers can now enjoy L.A. Noire with DirectX 11 support as Rockstar Games issue a surprise patch. An option to choose between DX9 and DX11 renders is added to the launcher.

They've also made sure there are additional checks that the selected screen resolution is "fully compatible" with the game. The Complete Edition for PC includes are released DLC and cases.