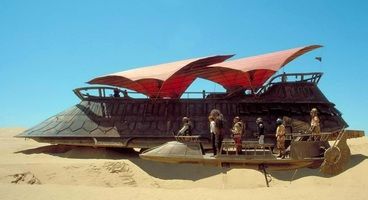 Gearbox's Randy Pitchford has revealed that one future downloadable content pack may be inspired by the Tattooine barge from Return of the Jedi.

Back in June, Gearbox announced there would be four downloadable content packs for Borderlands 2 through June 2013, the first of which will be the Mechromancer class DLC.

Borderlands 2 is due to be released tomorrow, the 18th September in North America, and the 21st worldwide, for PC, Xbox 360 and PlayStation 3.