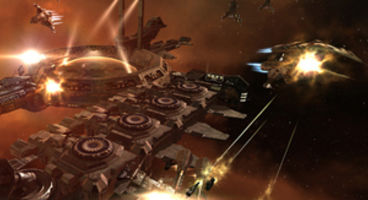 The player-run Council of Stellar Management for EVE Online has had its latest meeting with CCP developers published, letting fans know what's getting talked about on their behalf.

CEO Hilmar Petursson admits he became "married to his own opinions" which led to the disastrous stand-off with EVE users. Sad that customers "had to suffer" before he learnt.

Generally the minutes outlined some of the proposed changes coming to EVE Online, like new procedures for Council elections, more UI refinement and what to do with avatars.

"I wish I had been smarter to not get it wrong. Damn it, I shouldn't be able to get it wrong after 15 years," said Hilmar Pétursson, asked what he'd learnt from the trouble.

"Hilmar also commented that after a decade of running CCP he had heard so much naysaying (a team of noobs making a computer game in Iceland is never going to work, it will never work to make everyone play on the same server, you'll never get more than 200,000 subscribers, there is no way you can develop the same game for eight years, etc.) that eventually he became married to his own opinions," continued the minutes.

"All those people have been wrong in the past, so they are wrong now and I know better. Of course, in hindsight things should have been done differently and it is very sad that in order to learn from the experience friends and customers had to suffer," said Pétursson directly.

A full account of the latest meeting between CCP and the Council of Stellar Management is now available.