23 August 2012 | By PRBot
It's been a bad week for games. First, there came the announcement that PopCap is making 50 staff in its Seattle office redundant and is likely to be also closing its Dublin office, with a loss of a further 100 jobs. Then Norwegian developer Funcom announced its own layoffs, hopefully labelling them as “temporary” and blaming “mixed or average” reviews of its recently released ambitious MMO title The Secret World. Yesterday bought further bad news with the closure of the legendary SCE Studio Liverpool, a developer that had bought us unforgettable games like the WipEout series, Lemmings and Colony Wars.

In a rather cold and clinical official statement, SCEE announced that after “reviewing and assessing all current and planned projects... It has been decided that Liverpool Studio should be closed.” 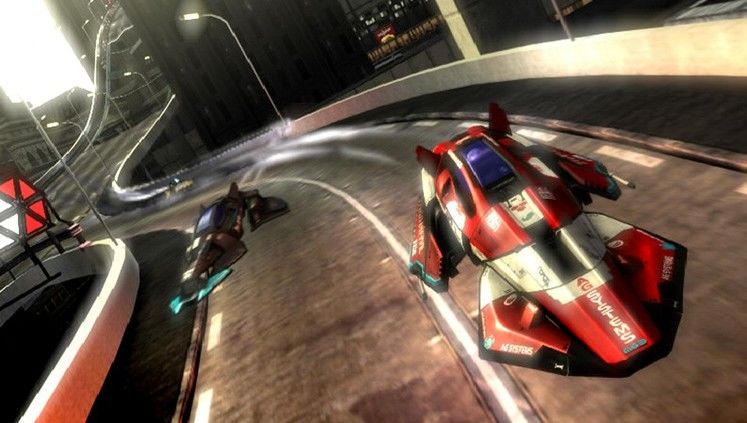 The statement continued to explain that, “Liverpool Studio has been an important part of SCE Worldwide Studios since the outset of PlayStation, and have contributed greatly to PlayStation over the years. Everyone connected with Liverpool Studio, past and present, can be very proud of their achievements.

“However, it was felt that by focusing our investment plans on other Studios that are currently working on exciting new projects, we would be in a stronger position to offer the best possible content for our consumers.”

An official spokesperson was quick to add that this did not, in fact, mean that the entire Liverpool facility would be shuttered, and that other departments, including localisation and finance services would continue to operate.

The news came as a big shock to many, and the thought that a studio that has been producing great games since 1984 and survived many ups and downs of the British economy and games industry over the years could come to such an abrupt end, seemingly out of nowhere.

Before SCE Studio Liverpool was SCE Studio Liverpool, readers of a certain age will remember it as Psygnosis, and the 3.5” floppy discs emblazoned with the distinctive owl logo for their Amigas or Atari STs. Founded by Ian Hetherington and David Lawson, both formerly of the ill-fated Imagine Software, the first game Psygnosis' published was Brataccas, a science fiction action adventure developed by the duo's other company, Finchspeed. 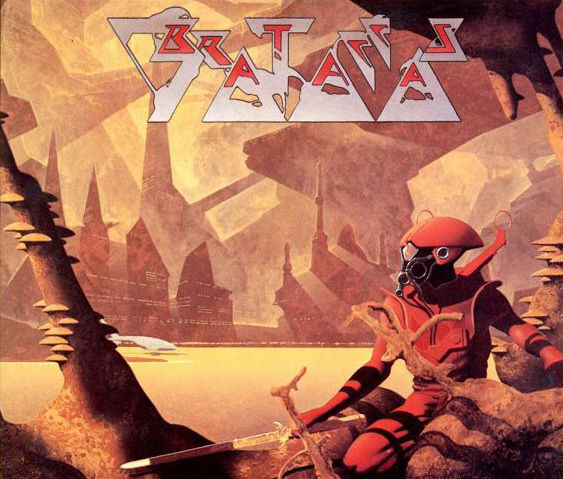 In the game you play a scientist called Kyne, who has been ordered by a corrupt government to create a race of super soldiers. Kyne's conscience won't let him do it, so the government sets him up for treason and puts a price on his head. Whilst running for his life, Kyne discovers the evidence that will clear his name and expose the government, for its dastardly deeds can be found on a remote asteroid called Brataccas. Brataccas is a lawless mining colony populated by ne'er do wells and miscreants, and to track down the evidence, Kyne needs to persuade them to help him out.

It received mixed reviews on release, with some critics wowed by the story and the graphics (which were both impressive for the time) while others were turned off by a rather tricky and temperamental control system.

Psygnosis followed Brataccas with Deep Space in 1986, a space exploration game that has been largely forgotten, probably because it was ridiculously difficult. After this, the studio started to find its groove, releasing its first positively received title, the platformer Barbarian in 1987 and following it with the arcade adventure Obliterator in 1988. The cover artwork for both games were drawn by popular fantasy artist Roger Dean, who also drew the covers for Shadow of the Beast, Terrorpods, Chrono Quest and many more for the company. Psygnosis established a reputation for high quality graphics both on the box art and in-game.

Shadow of the Beast came in 1989, and was the company's first big hit. Produced by Reflections Interactive (which is now Ubisoft Reflections and working on Watch Dogs) and released on a bevy of systems including the Amiga, the Atari ST, the Commodore 64 and the SNES, the game featured an impressive twelve levels of parallax scrolling backdrops and great music composed by David Whittaker (now head of audio at Traveller's Tales). In the side scrolling platform game you played as a character called Aarbron, a man who has become a servant of the monstrous beast Maletoth. He's forgotten he's actually human, until he witnesses the execution of his father and his memories start to come flooding back. The game spawned two sequels, Shadow of the Beast II in 1990 and Shadow of the Beast III in 1992. 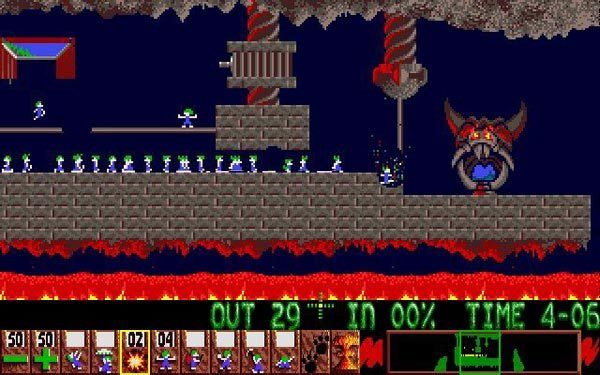 The next big thing for the studio was one of its best-loved titles, Lemmings, developed by DMA Design and becoming a mighty franchise still popular to this day. The puzzle game is based on the erroneous misconception that lemmings tend to hurl themselves en masse off cliffs. They don't, but it didn't stop the game from being a hilarious smash hit. The objective of the gameplay is to prevent the suicidal rodents from committing hari kari by guiding them through obstacles to a safe exit. The levels increase in difficulty as you play through and the game was both addictive and fun.

In 1993 Sony Electronic Publishing bought the company, a baffling move until it became obvious that the Japanese giant was preparing to launch the PlayStation in the West. Psygnosis initially kept its own name, and now flush with cash, expanded with a second Liverpool office, then one in Stroud and then London, Paris and... Chester. Two stand out games emerged during this period – Colony Wars and the very first WipEout.

Colony Wars was a space simulator exclusively for the PlayStation, and released in 1997. You play an anonymous pilot living sometime in the 48th century and who is part of a rebel army fighting against the oppressive force of the Earth Army. One of the most interesting things about Colony Wars was that it allowed (to a certain extent) the player to follow their own path and a result offered several different endings, depending on what they decided to do.

Then of course, came WipEout, probably the studio's most famous creation. The first futuristic racing game in what would become another successful series for Psygnosis was originally released in 1995. Set in the year 2052, you compete in a series of anti-gravity races, picking up various power-ups like shields, mines and missiles along the way. The music was once again top class, featuring electronica tracks by the Chemical Brothers, Leftfield and Orbital. A 12 song soundtrack was released alongside the game. 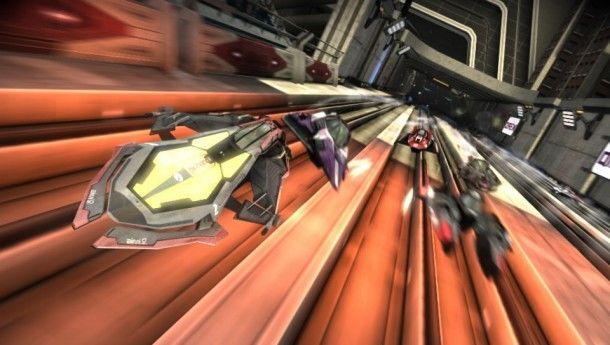 In 1999, Sony dropped the iconic Psygnosis brand and re-named the studio SCE Studio Liverpool. As SCE Studio Liverpool it built on the runaway success of the WipEout series by concentrating on racing games like WipEout Pure for the PSP, Formula One 2001 and WipEout HD. The last title to be released before it closed was WipEout 2048 for Sony's latest piece of kit, the PlayStation Vita.

It would be impossible to list all the titles that the studio worked on in its various iterations here – the prolific publisher was responsible for some 150 over the years. These include gems like Bloodwych, Ecstatica, Discworld and Destruction Derby. SCE Studio Liverpool's closure is a very sad, sombre day for video games and we're something distinctly less without them.