Blizzard bans World of Warcraft and Battle.net in Iran due to US sanctions 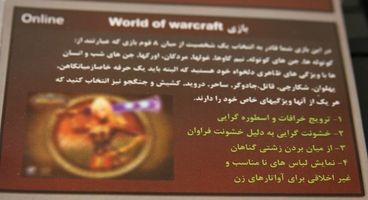 Gamers in Iran will be disappointed to find they can no longer access World of Warcraft and Battle.net, thanks to US sanctions and trade restrictions. The games weren't released in Iran, but gamers in the country have accessed the game via virtual private networks.

According to Blizzard in a post, “United States trade restrictions and economic sanction laws prohibit Blizzard from doing business with residents of certain nations, including Iran. Several of you have seen and cited the text in the Terms of Use which relates to these government-imposed sanctions.

“This week, Blizzard tightened up its procedures to ensure compliance with these laws, and players connecting from the affected nations are restricted from access to Blizzard games and services.

“This also prevents us from providing any refunds, credits, transfers, or other service options to accounts in these countries.”

Other games which have been knocked offline include Guild Wars, RuneScape, Second Life, Dofus, Evony and Entropia Universe.