GW offers a fine balance between PvP and PvE gameplay, allowing all sorts of players to fully enjoy the game.

Developer ArenaNet has announced that all support for their original subscription-free MMO Guild Wars would now be automated and no new content would be coming to the game.

Blizzard bans World of Warcraft and Battle.net in Iran due to US sanctions

Gamers in Iran will be disappointed to find they can no longer access World of Warcraft and Battle.net, thanks to US sanctions and trade restrictions. The games weren't released in Iran, but gamers in the country have accessed the game via virtual private networks. 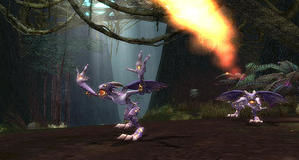