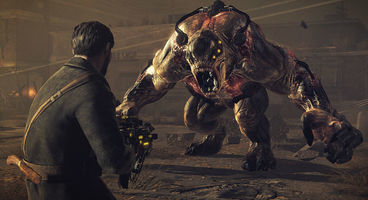 Insomniac Games, a long-time PlayStation exclusive developer, has confirmed that the studio has no plans to develop any more Resistance games.

"We won't be making any more Resistances." said CEO Ted Price in an interview with VG247.

While Insomniac are finished with the Resistance franchise and move onto new projects like its four-player co-op multiplatform shooter Overstrike and a social games division called Insomniac Click, it's unlikely that Sony will want to abandon one of its richest IPs.

Guerrilla Games are currently working on a second IP separate from Killzone, but it's hard to say at the moment which development team will handle the Resistance franchise going forward. Perhaps Sony will be ready to spill the beans at E3 2012.

Can you take a guess at which studio it could be?