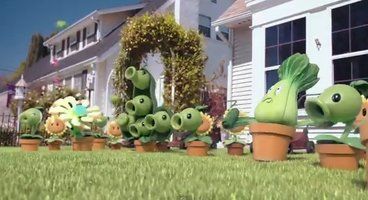 Popcap Games disappointed millions of PC and console gamers recently by announcing that Plants Vs. Zombies 2 will be an iOS exclusive, though that now seems to be merely a timed exclusive as "other platforms" are being hinted for the future.

According to a rep when asked about the game perhaps moving to PC, Xbox Live Arcade or PlayStation Network, “We are not commenting further on future adaptations of PvZ 2 at this time, except to say that over time, we plan to bring the game to numerous platforms and make it even more widely available than the original Plants vs. Zombies.”

So, it seems that non-iOS gamers will have to patiently await Crazy Dave and his special zombie killing plants for a little while longer.

In the meantime, the official trailer for Plants Vs. Zombies 2 has been released, complete with Back to the Future references.