Rumour: World of Warcraft's new expansion is 'Warlords of Draenor' 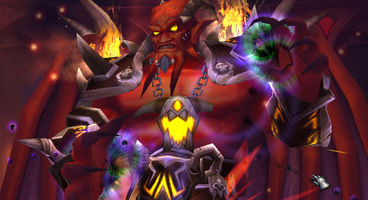 Blizzard has been registering 'Warlords of Draenor' as a trademark of their mighty IP empire, with Draenor the name of the Orcs and Draeni homeland which became the heavily fractured Outland.

Speculation is rife then that Blizzard is now looking to overhaul Outland, the new continent added with WoW's first expansion, The Burning Crusade. Time travel returning?

There are rumblings we'll be visiting Draenor during the time of the Burning Legion, which would mean catapulting back in time if true. Could we face titan Sargeras?

The prospect of fighting his second-in-command, Kil'Jaeden, has people excited. There would also be a return for Illidan who was the big boss of The Burning Crusade. The 25-man raid Sunwell Plateau already features Kil'Jaeden as a killable boss, but he's hardly at his prime.

The opening of BlizzCon takes place this weekend and an expansion announcement is highly anticipated.