05 September 2013 | By Joe Robinson
We like 1C. They remind me of German-based Kalypso media in many ways, just more Russian. They don’t always make good games, but they try and they have one or two franchises that are actually pretty good. They also seem to own Russia, as far as games publishing is concerned. I’m wondering if there are mafia connections or something. Now all we need is for Wargaming and 1C to get into a big gangster war, and then Michael Bay to make the film. Sorted. Here’s a rundown of what we saw at the show:

I’m not going to say this presentation was a disappointment, but neither was it all I thought it was going to be. To fair, the only thing I knew about the game was that it existed, but considering it’s a full blown sequel, so far it doesn’t look like it’s improving on as much as it could, or should, do. 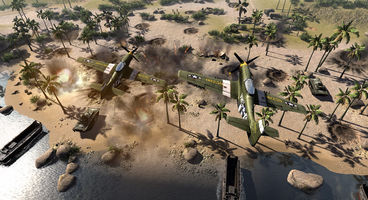 The main talking points at GamesCom where how they were going to improve the general feel of the game. Streamlining features like inventory management, and how the AI handles ammo checks and things like that. They’re also improving the Squad icon system so that you can more easily tell the composition of a squad by the symbol, which is now multi-layered and can sport several different icons for different types of troops. There are also going to be more varied missions – along with the usual ‘skirmish’ missions that Assault Squad had, there’s also going to be more focused, stealth based missions that the original Men of War was fond of doing.

The inventory and ‘fiddly-bits’ improvements are to help complement this.

Another welcome change is that the series is, finally, moving away from GameSpy and is now using Steam’s matchmaking for online multiplayer. It will be XP and level based, and the pairing up of players should be better. The game even supports multicore CPUs and SLI’s properly now, so all in all the game should run a lot better.

And that’s about it. Maybe they’ll announce more features over the next few months, but we’ll have to see.

A game we actually saw last year, Nuclear Union is a post-apocalyptic third-person RPG that uses the Men of War engine. It’s not completely open-world – there is a large sandbox map, but from the demo we were given a lot places are zones that you have to load into, instead of a seamless transition.

It reminds me a lot of Bethesda’s Fallout games, actually. There is a tactical pause feature, which you can use to select targets based on hit percentages (it’s shamefully like FO3, actually), or you can fight normally in third person. Not sure how it actually plays, but it seems to hold up a lot better than when we last saw it.

We were also shown a bit of the skill system, which dynamically expands as you find and pick up weapons. Once you use it, you gain the skill tree for it then you can specialise from there, or you can keep finding weapons and getting some XP in them to make you more multi-talented. The story, we’re told, was done by a famous Russian sci-fi author, so that’s something I guess. Nuclear Union is set to appear in Q2 2014.

Admittedly, this game made it into our ‘game of the show’ article because of its association with the Oculus Rift. Still, even though I don’t really play flight sims much, hearing about the improvements being made, and seeing the Oculus in action left me feeling quite impressed – that genre is due for a bit of a renaissance, and the Oculus could just be the technology to make it happen. 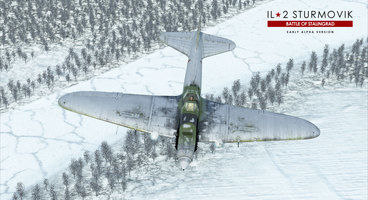 Set during the Battle for Stalingrad, the new IL-2 has a playground that’s 223x143 miles big, comprising the city itself and the surrounding regions. The engine used is a modified version of the same engine that was used in the game Rise of Flight. 2013 marks the 70th anniversary of the Battle of Stalingrad. The level of detail in this game is breath-taking, the planes, the environments… even the ground vehicles and the sound, and they’ve all been painstakingly designed to be historically accurate. Even authentic.

The team want to try and get 100 people in the same server on multiplayer, and to add in some elements of customization, they’ve modelled hundreds of accurate and authentic gear that WW2 pilots would fit to their planes. Optics, guns, little touches… even paint. This is a modern, serious combat flight sim for the hard-core audience and with the integration with the Oculus Rift HD is finalised, that immersive experience should get even better.

There you have it then – the new Men of War is welcome, although we worry it’s not going to be a substantial enough improvement to warrant paying for it, we’ll have to see. IL-2, as well as being another hardcore flight sim, is another game that should lend weight to the appeal of the Oculus, and Nuclear Union seems like a highly competent Russian fallout-like game. Only time will tell how all these projects end up in the final call. Until next year, 1C!