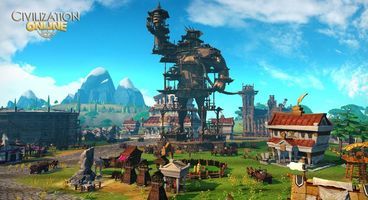 The game is an actual MMORPG, where the player takes on the role of a single leader in the world, trying to get their civilization to either conquer other civilizations through force or gain a technological victory via winning the Space Race.

The MMO runs on "sessions", which start in a single world starting from the Ancient era then goes through the Classical, Medieval, Renaissance, Industrial, and Modern eras. The session continues until one civ wins.

XL Games CEO Jake Song, who is executive producing Civilization Online, considers the game "a big social experiment", as the game itself is a sandbox where players create the content, building cities, and choosing weapons, clothing, transportation, and other equipment made by other players. Leaders will also emerge from the citizenry of each civilization and take on the role of things like mayor and military commander, who help create order and achieve objectives.

This being an MMO, PvP will have a part in it. According to Song, "We are expecting that most people will spend their time killing other people." He added, "That's the core mechanic of the Civilization game -- you conquer other civilizations by military (force) or through technology." He went on to note that the game will handle different scales, from "small 1v1 PvP stuff in the corner of the world" but also can have "hundreds of people and invade Washington or some other city." Starting cities are immune to being attacked, however.

The game will also have crafting, with player-made items. Crafting stations will be located in front of the town hall so that it will encourage players to socialize while they congregate. There will also be auction halls as well as personal storefronts that will have civilizations selling their products to the world.

After a "session" is finished, and one civ is the winner, money, items, and clothing will reset, but some aspects will carry over to the next "session". Players can also make civ alts and/or respec, but details on it aren't clear yet.

Civilization Online will be free-to-play, and is a PC exclusive for now. "Right now we are focusing on the PC launch, and we don't have other plans to discuss at this point," Song noted. 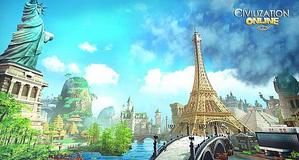