Rumor: Plants Vs. Zombies Garden Warfare to debut for PC, consoles at E3 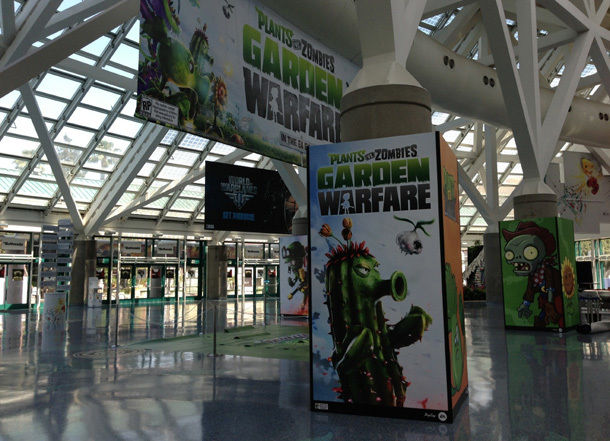 The obvious evidence were the Plants Vs. Zombies: Garden Warfare banners festooning the Los Angeles Convention Center, but some users at Superannuation spotted a PvZ: Garden Warfare at Popcap. The link was swiftly closed, but not without getting a screenshot of the page, which clearly stated "coming soon to consoles and PC!"

Stay tuned til Tuesday for the full reveal of Plants Vs. Zombies: Garden Warfare. 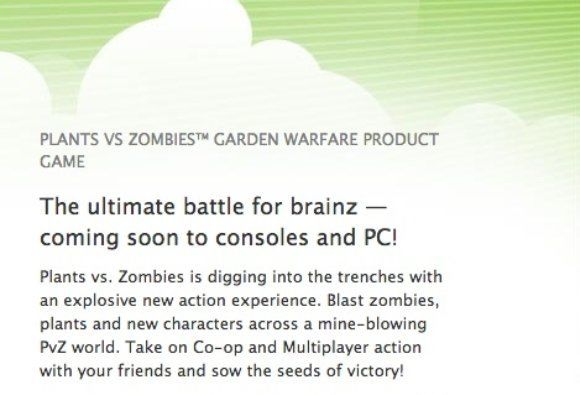