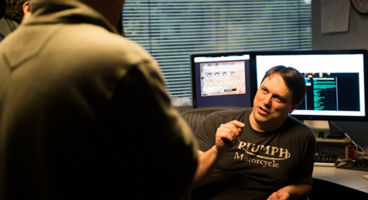 Many fans of the Total Annihilation series, which was the basis for Supreme Commander, is now back in Chris Taylor's hands as Wargaming.net bought the IP.

"Chris Taylor in Seattle is doing something great, but it’s too early to talk about this, because it’s still experimenting, and there’s still some prototyping, and throwing ideas around, but that is definitely going to be something that is going to eclipse everything we have done before," Wargaming boss Victor Kislyi told AusGamers.

Will GPG produce a fresh Total Annihilation, continue work on Wild Man, or perhaps end up developing a free-to-play title under the direction of Wargaming.net? Many PC gamers want back in the Infinite War, fighting for ARM or CORE.