14 October 2013 | By Simon Priest
Rockstar's Grand Theft Auto V has heisted its way back atop the UK all format chart as EA Sports' FIFA 14 dribbles behind 2nd, as sales fall 66%. Taking 3rd and 4th place are Nintendo's Pokemon X & Y.

Pikachu and friends have debuted with double the opening enjoyed by 2012's Pokemon Black 2 / White 2. Other newcomer Beyond: Two Souls from Quantic Dreams launches 5th.

It's not surprising GTA V has reclaimed glory, despite sales being down 51%, as it became the biggest selling game of all time its first week. Below is the UK chart top 40 for the week ending October 12th. 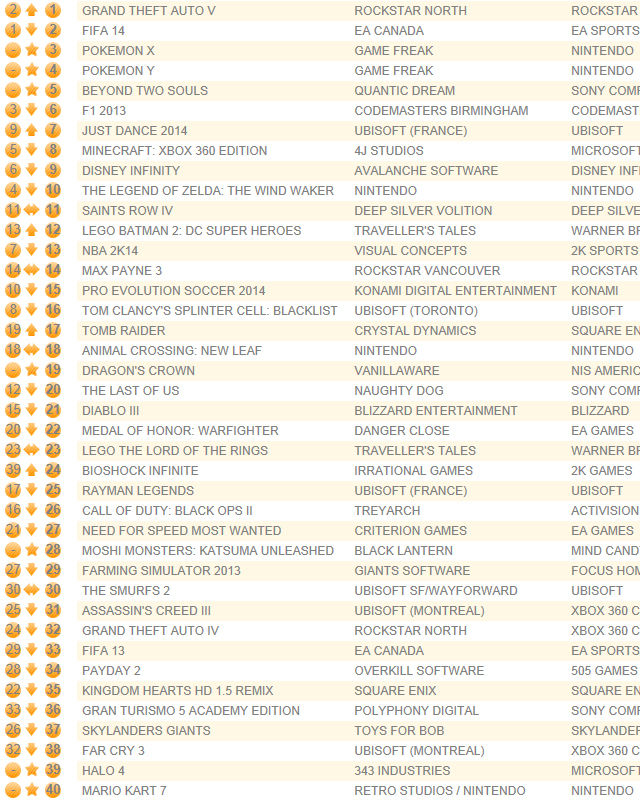