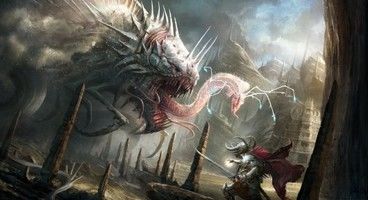 Funcom has announced that the new Secrets of Dragon's Spine expansion for their free-to-play MMO Age of Conan: Unlimited is now available. The expansion was originally announced back in September 2012.

The expansion opens up a new region called The Dragon's Spine, which is located in a desert area southwest of the ancient city of Piteion that is aimed at level 80 players. It will include several new dungeons, including The Coils of Ubah Kan, The Sepulchral of the Wyrm and The Slithering Chaos.

The Dragon's Spine will also feature a new raid area, a massive outdoor region, and a new PvP area, as well as a host of new rewards, armor sets, weapons and other cultural items.

Funcom released a launch trailer for the expansion as well; check it out in the video below.