505 Games teams up with Serellan to provide a global release for Takedown: Red Sabre

15 February 2013 | By Nick Akerman
505 Games has joined forces with indie developer Serellan to bring Takedown, its Kickstarter-funded tactical shooter, to a global audience. 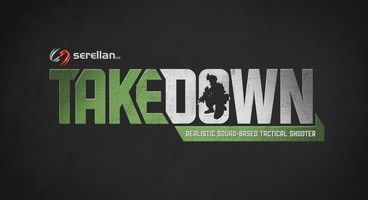 The game, which is designed by Ghost Recon creative director Chirstopher Allen, recently surpassed its $200,000 funding target. Since then, the title has officially switched its name to Takedown: Red Sabre; a subtle hint to the elite team players will join.

"Takedown: Red Sabre is a community project, one of the latest to be born out of Kickstarter, and the team at Serellan have already garnered a significant following," said Tim Woodley, Head of Global Brand for 505 Games.

"Our role in this partnership is to preserve and encourage the team’s direct dialogue with the community while ensuring we leverage our global presence to grow the audience, amplify the buzz and maximise the potential we and the community of early evangelists believe that Takedown: Red Sabre has."

Christopher Allen, founder of Serellan, also had something to say:

"We are extremely pleased to be able to let our Kickstarter community know that their early faith in the Takedown dream will be rewarded with a global campaign from a committed partner who consistently launches successful global campaigns from IL-2: Sturmovik to Sniper Elite V2."

The game now has good pedigree and a decent following behind it. Did you donate to the cause? What are you expecting to see from this 2013 release?