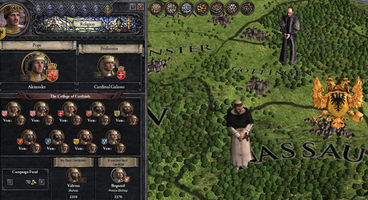 Paradox Development Studios is now going to take a different approach to DLC for both Crusader Kings II and other grand RTS universes like Europa Universalis IV. It be something like the "seasons of a TV show".

The Sons of Abraham for Crusader Kings II is the official start to "Phase Two", or the second season if you will. The first round "didn’t take that many risks" but the second will.

"Phase Two is basically… ideas that have been kicking around my head for some time," Fåhraeus told us in our interview.

"I didn’t think we’d be able to do some of them, but it looks like we will, which is awesome. It’s going to be perhaps a little bit more experimental. Probably the next two expansions aren’t going to be things people expect us to do. What’s upcoming though is more ‘out there’.”

Another four expansions are roughly planned although this could change, but Paradox hope to achieve three releases per year. There's always a danger of 'too much' going in so how does the team stop that happening?

"The players our fans, our testers etc... they all keep asking for more stuff basically, and that’s fine, but we as designers we really need to be careful about the feature creep," acknowledged Fåhraeus.

Crusader Kings II is "...very suited to DLC’s where you unlock new domains of the game that weren’t playable previously. That’s one way of handling it. You can also make new features optional and hidden away, so you don’t have to worry about ignoring them – I think that’s going to be the case with the College of Cardinals."

"It’ll be a nice addition if you want some more sneaky mechanics ... you can get money off the Pope, he can grant you claims, but you don’t HAVE to get involved. Feature creep is a real danger, especially with our games, which many people would say are already far too complex.” 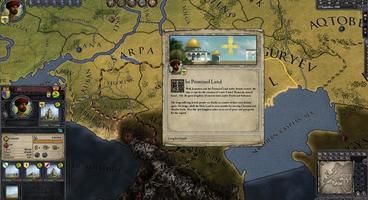 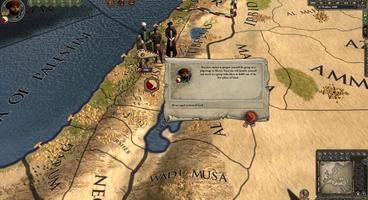 Crusader Kings II: Sons of Abraham includes the ability to play as a Jewish lord to restore the Kingdom of Israel, to control and influence the Papacy through the College of Cardinals, pick sides within the Islamic world, retire courtiers who are troublesome, go on pilgrimages and endure hundreds of new religious events.

Check out part one of our two part interview with Paradox Development Studio's Henrik Fåhraeus.