Avalanche have "put on ice" a steampunk project, will make it "sooner or later" 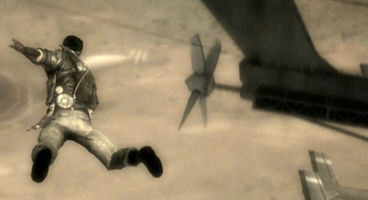 Christofer Sundberg from Avalanche Studios, developer of Just Cause and Renegade Ops, has said his recent teasing images via Instagram were of a "steampunk-style game" they had in mind.

Of course in the next breathe he then proceeds to rip our steampunk loving hearts out by declaring it 'on ice', until further notice. Being an independent studio at least means they can revisit it.

Avalanche are making a habit of crushing our gamer souls, as only recently they also teased cursory plans they had for an open world Star Wars game.

"They were from a steampunk-style game we had in development that we put on ice," Sundberg told Edge when asked about the images. "I really love that art style, and to combine it with sandbox gameplay is a dream of mine. Fortunately, being an independent developer I can control my own destiny and we’ll make something in that world sooner or later."

On the Star Wars thing: "I found it fascinating that a little Twitter dialogue between me and Oskar Burman actually generated some ‘news’. Not much to say really. We have been pitching games, discussing games based on our own IP and publishers’ IP for ten years now. This was one of them and it never ended up happening for various reasons."

You can't just go round - as a game developer - and throw the term 'open world' at the Star Wars IP and not expect a few million hearts to start fluttering. It's cruel and unusual punishment.

Just Cause 3 is busy in development, and so is that Mad Max game presumably? Sundberg isn't saying anything.