17 May 2013 | By Jonah A. Falcon
Relic has announced the Red Star Edition of Company of Heroes 2, which among other bonuses will include the original Company of Heroes with both the Tales of Valor and Opposing Fronts expansions. 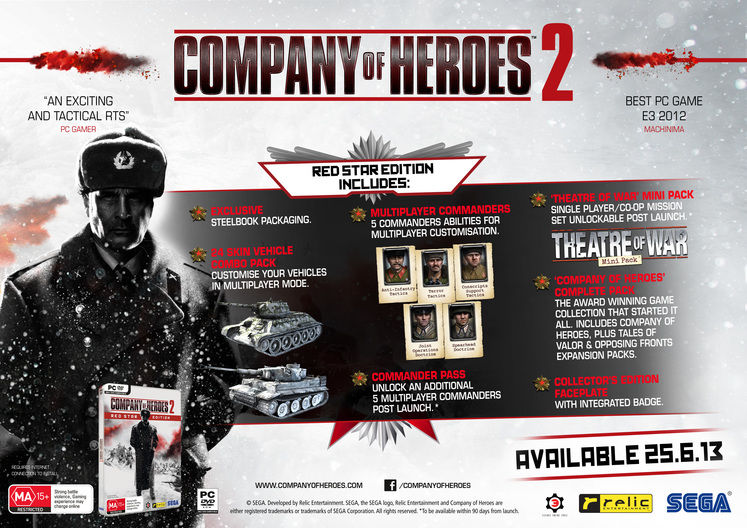