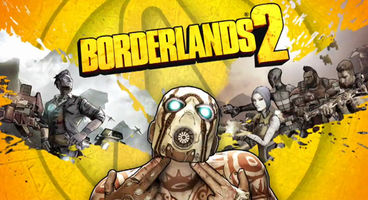 Gearbox Software will be spilling beans on more downloadable content goodness for Borderlands 2 tomorrow, according to one of Randy Pitchford's latest tweets. DLC has been a tremendous success for the sequel.

Earlier Pitchford argued that Borderlands 2 add-on content was the 'most value for money' in the entire industry, referring especially to Tiny Tina's Assault on Dragon Keep.

Throughout the game's life Gearbox has released a number of add-ons which include all-new areas and story quests, as well as new Vault Hunters to play as.

One fan asked if we can expect any Borderlands 2 DLC tomorrow, to which Pitchford replied: "Saturday, yes."

During a Nerdist podcast earlier this month, Gearbox president Pitchford said: “We did a season pass for Borderlands 2, and the season pass was like, ‘hey if you buy the season pass we would be doing four campaign add-ons and you can buy all four of them for the price of three, if you buy upfront’."

“So everyone was under the expectations that those would be the four DLC’s and that’s it. We are going to do more, we are going to do some other things. I don’t have details exactly of it yet cause were not ready to announce what the other things are, but when the next campaign DLC comes Assault On Dragon Keep not being the end of it."

“We got more stuff in the hopper that we’re planning and getting pretty excited about. So if your a Borderlands 2 fan you don’t have to be afraid that that’s the end of it.” Will those who own the Season Pass get the new DLC as part of the package or will they been required to buy another? Hopefully tomorrow will clear that up.