WFTO Wednesday #24 looks at the Templar and Priestess, preview of beta update

20 June 2013 | By Simon Priest
The Templar and the Priestess are "two of the most common" units the Empire will be throwing at us deep underground in the Underworld. WFTO Wednesday #24 highlights the two and their abilities.

We also get a sneak peek behind-the-scenes look at what updates are on the way with the new Bedrock Beta version, such as Fog of War. It's mainly prepping for future stuff.

While the Templar are the common foot soldier of the Empire, the Priestess will be quite a nuisance as she can heal and revive allies and is also immune to spell silencing.

"In combat the Templar will stand against even the most fearsome opponent if commanded to by his captain. Their ability to call upon Kira to strike enemies with bursts of holy light in addition to removing unholy energies from himself make the Templar a powerful fighter in skirmishes and large-scale battles," described Subterranean Games. 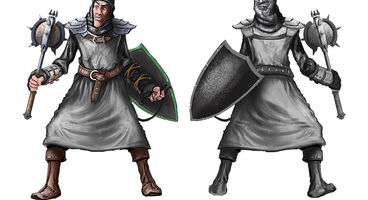 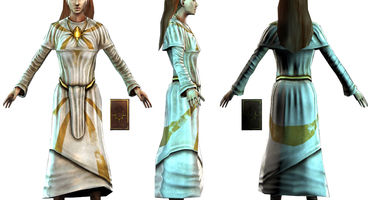 • Stalwart (Passive): When the Templar would be otherwise be knocked out he remains alive and able to fight for a short period of time before falling.

• Purify (Active): The Templar removes debuffs from himself and regenerates a portion of his total health over a short period of time.

• Absolution (Active, Special): The Templar charges his weapon with divine energy, dealing a large amount of holy damage to the target enemy.

The Priestess was shown off a while back during one of these WFTO Wednesday community updates, but her character model has since been fleshed out and is set to join the Bedrock Beta soon.

• Vow of Silence (Passive): The Priestess is immune to silence effects.

• Blessing (Passive): The Priestess heals all nearby allied units for a small amount every time she uses an active ability.

• Smite (Active): The Priestess calls down a crushing blow from the heavens, dealing Light damage to target enemy unit.

• Pacify (Active): The Priestess pacifies a single enemy unit, blinding and silencing them for a short period of time.

The WFTO Bedrock Beta preview teaser is below for v0.1.2. 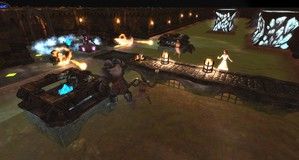