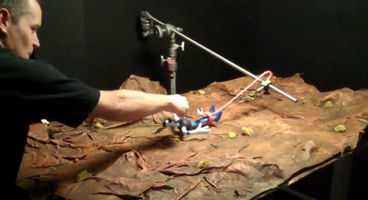 With just three days left on the Armikrog Kickstarter clock the clay-powered adventure game is in danger of not achieving its goal. Over 13,500 backers have pledged around $667k, but it needs $900k.

The Pencil Test Studios team has also announced plans for a Wii U version. They've also launched another 'Making Of' video to give a peek at how they bring Armikrog to life through 'go-motion'.

The battle is far from over if Armikrog is to get anywhere near to reaching its goal. Analytics site Kicktraq currently has it trending around $736k by the end.

"...today really is the start of the big final push," they posted. "Here at Pencil Test we’ve been working around the clock trying to pull in as many new backers as we can, and while we’re definitely picking up speed, we’re really going to need the continued help of all our backers to pull Armikrog across the finish line."

"As a small token of our appreciation, I put together another short “Making Of” video for your enjoyment. This time around I give you another peek behind the animation curtain to show you how we did the cool “go-motion” animation at the end of the Intro movie." You can watch the Making Of video here.

Check out the Armikrog Kickstarter for more information. 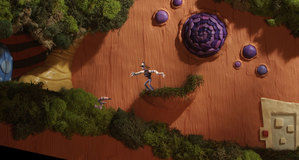