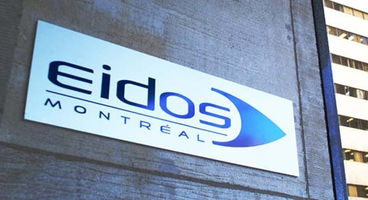 Eidos brought "three triple As to the market," and despite rave critical reception they "still managed not to respect" financial goals. Square has "some things to learn" about selling games, he says.

D'Astous also criticised the lack of communication within Square, and how senior studio staff should have been in discussions on how the whole company moved forward.

"Obviously our last fiscal year was not exactly a great one," Stephane D'Astous told Polygon. "I think that senior executives at (Square Enix Europe) almost started to panic and it was difficult to know what type of changes we needed to do, and it took a lot of time before some information came out from HQ."

"It was unfortunate that the senior staff of the studios didn't really participate in the new strategic plan."

He was in no doubt that Square needed some serious change to happen. "We brought three triple As to the market, and despite that great line up and those great critical reviews we still managed not to respect our financial goals, so that really shook up a lot of people," he continued. "When the fiscal results came out official we were all surprised."

Tomb Raider was an absolute critical smash hit with press and fans, but was declared a 'failure' fiscally.

"We are in a situation that we have great games that could have sold more," D'Astous said. "They need to attack that very, very seriously. Last year was supposed to be a home-run season, but we didn't hit a single home run; maybe a double or a triple, but they weren't home runs."

"I think in those situations when people are put into immense pressure they sometimes change."

"My management style is to have your major players participate in building a new strategic plan," he said. "But that wasn't the case and it was then very hard to have the buy-in of the plan that landed on our desks. It wasn't the way I would have worked." He wouldn't elaborate on the specifics of the plan to revive the business.

"He is the master planner behind this," he added, referring to Square Enix Europe CEO Phil Rogers. "I had difficulty understanding all of the different elements of his plan, so it would not be very logical for me talk about it."

In his interview with Polygon, D'Astous explains that Square Enix and Eidos remain very separate entities.

"Eidos always had ups and downs since its birth," he said. "They have great, great franchises. In my book content is king. I know that logic is being challenged right now with new business models and new behavior of consumers, wanting a lot of things free. But there is a future, they just need to adjust because the middle of the road traditional content will not cut it anymore. I'm quite confident in the developer side of things."