25 January 2013 | By Nick Akerman
Filmmaker Frank Darabont has been forced to change the name of his upcoming noir drama due to legal threats from Rockstar. 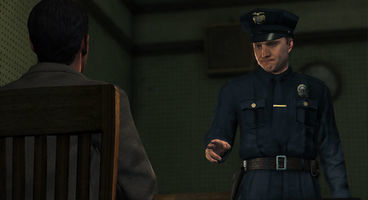 "It was going to be called LA Noir, based on the book by John Buntin,"

said Darabont, who is most famous for directing The Shawshank Redemption, The Green Mile and ABC'S The Walking Dead pilot.

"But the video game company with the video game called LA Noire (with an e) threatened to sue the shit out of me, TNT, every company that actually ever worked in Hollywood. And they have the billions of dollars to back it up, apparently.

"So we're changing the title, and I do believe the title is going to be Lost Angels,"

Was Darabont right to change the name? Cole Phelps would know the answer.