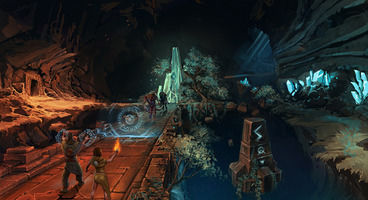 Son of Nor has just over a day left of funding left, having covered $117K of the $150K goal, but stillalive studios promises that regardless of whether the game makes its goal, backers will be rewarded for their support.

If the Kickstarter drive fails to reach its goal, the studio will look for other options to fund the game, and will "offer every backer an exclusive in-game item that will not be made available to anyone else when the game is brought to market."

According to stillalive CEO Julian Mautner, "We have been overwhelmed by the support and positive comments about Son of Nor we have received from backers and the community on our Facebook pages. We have had the most amazing comments and people are really excited about our game. We have over 1,500 people behind our project now on Kickstarter and have raised over $110k, so we really just want to say thank you to them.”

Related Games:
Son of Nor

Son of Nor Essentials