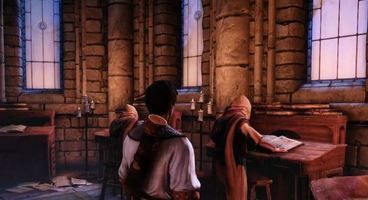 Silicon Knights suffers a second death, as founder Denis Dyack has announced that his new studio Precursor Games, which attempted to get Shadow of the Eternals backed on Kickstarter twice, has been disbanded.

The studio had been wracked by controversy, highlighted by the dismissal of one of the executives in the company due to a child pornography conviction.

Dyack wrote on the official Precursor Games forum, "It is with a heavy heart that we have decided to put the Shadow of the Eternals project on hold. We are very happy with what we have accomplished both as a group and with the community. The community has blown us away and was the one thing that kept us going through it all - we cannot thank you enough.

"Many of us will be taking a break. For those who are not aware, we all worked on this project as a labour of love and self financed 100 per cent of everything for a over a year to try to make Shadow of the Eternals a reality. Although we did not succeed on doing this, we succeeded in making many friends and starting something that we hope provided value for those involved.

"We have no regrets."

Dyack insists that Shadow of the Eternals, a remake of Silicon Knights' Eternal Darkness, is not dead, just "resting". It's unknown if he was referencing the old parrot sketch from Monty Python.

The forums will remain open despite the closure, however.