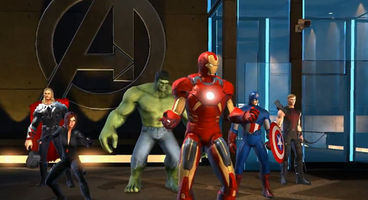 This weekend's open beta scheduled for Marvel Heroes is celebrating the theatrical debut of Iron Man 3, and so new players will be able to choose between Avengers from May 4th to the 6th.

The Avengers are Iron Man, Thor, Hulk, Captain America and Black Widow. Eventually there'll be 14 Iron Man armours to choose between in the full Marvels Heroes.

Gazillion is developing Marvel Heroes are an action-RPG that's free-to-play, hence why they are running open beta weekends with the next beginning this Saturday.

"As part of the “Iron Man 3” Open Beta Weekend, new players who participate will be able to select an Avenger as their starting hero - including Iron Man, Thor, Hulk, Captain America and Black Widow," said Gazillion.

"There are over 14 Iron Man armors that will be available in Marvel Heroes spanning the Golden Avenger’s illustrious career in comics and movies (Iron Man, Iron Man 2, Iron Man 3, The Avengers)."

Avengers characters as starting heroes will only be available during the open beta between "Saturday May 4 at 3.00 AM BST / 4.00 AM CET PM through Monday May 6 at 18:00AM BST / 19.00 CET." Visit the site for more information.