04 July 2014 | By Nick Horth
Orlesian (French) bard and religious agent Leliana is back for Dragon Age: Inquisition, looking slightly less chirpy than I remember her. Seriously, crack a smile why don't you?

According to her new character bio page on the Inquisition website, she's now an agent of the church with not one but two new titles - "Sister Nightingale" and "the Left Hand of the Divine". 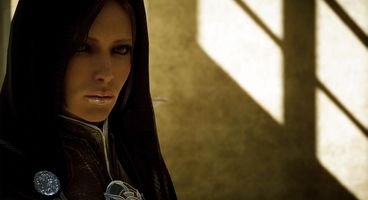 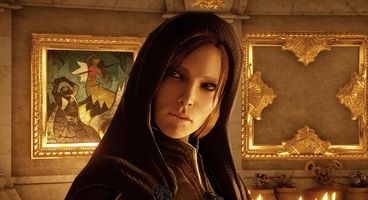 Leliana was a full companion back in the first game, and appeared briefly in Dragon Age 2 as a member of the Chantry, the dominant religious organisation in the Dragon Age world. She's got slightly more scary since we first met her:

"Those who have earned her loyalty know her as a steadfast ally. But enemies of the Divine know to fear her, for she is the shadow behind the Sunburst Throne—the one who watches and waits, who strikes when her mark is most vulnerable and least suspecting."

As you're playing a member of the Inquisition, the military branch of the Chantry, it's likely that Leliana will have a much bigger role this time around. She's not one of the announced companions so far, though, so we'll have to wait and see what she's up to.

We met another Inquisition character, the fantastically facial-haired Dorian, earlier this week. 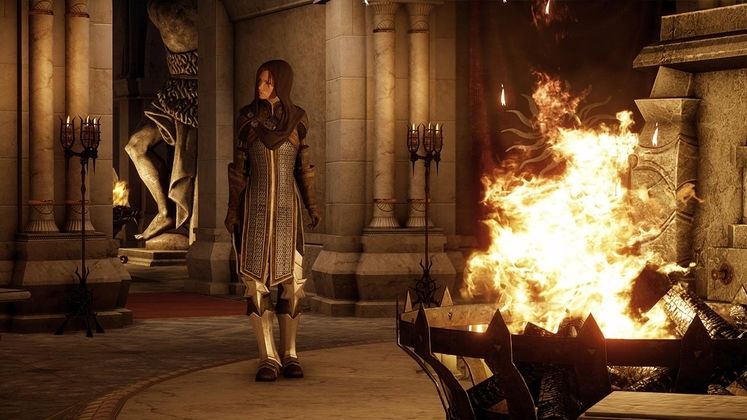