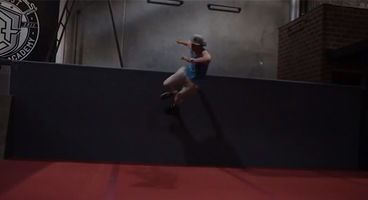 Hardly new, but Assassin's Creed looks ready to upgrade itself with Prince of Persia-style wall running along the horizontal axis! That's according to a parkour athlete that "may or may not have worked on" the next game.

Jesse La Flair performs stunts for movies and so it wouldn't be crazy to enlist his services for the Assassin's Creed series, considering it's one big parkour theme park.

The athlete left a comment on one of his YouTube videos that was discovered by a Reddit user. Running up walls is fine, but it's time to stop this horizontal discrimination.

Ubisoft's Prince of Persia series has had horizontal strolls along walls since sand was invented, but Assassin's Creed for whatever reason favoured all other kinds of building traversal over this particular ability, which really would have helped in numerous scenarios like wall-running air-assassinations.

Assassin's Creed: Unity has been confirmed for PC, Xbox One and PS4 by Ubisoft.