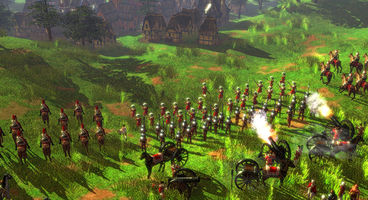 What platforms this new entry in an established franchise will hit isn't mentioned, but surely PC would be front and center, with maybe Xbox One taking a flanking position.

"Microsoft Studios is looking for a highly experienced senior games developer to help build and lead the team for a new AAA title within an established and well-loved strategy game franchise," reads the listing on the Microsoft Careers website. The ad is for a 'Software Development Engineer Lead' to work at the Redmond campus.

Age of Empires Online was the last effort with the IP which started up in 2011 and will end July 1st, 2014. The original creator of the RTS franchise, Ensemble Studios, was closed down in 2008. At the time Microsoft denied it was the end for the franchise, and so it looks like we may finally see something again.

It's possible Microsoft may pass over Age of Empires for Ensembles other work - Halo Wars - which was a console RTS.