Deep Silver has made Dead Island: Epidemic available to all users on Steam, and they've also issued a major new update for the game.

PVE Crossroads mode has been added, in which you “set up camp in the morning and carry out four different missions over the course of a day in ever changing maps and mission types.” The game auto-adjusts difficulty depending on your performance in previous levels.

Character level progression is now universal, rather than unique to each hero, and a new loot based weapon modification system has been added in place of the previous workbenches and weapon levelling.

Find out more about the latest patch on the Steam update page. 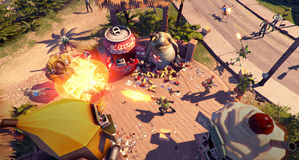