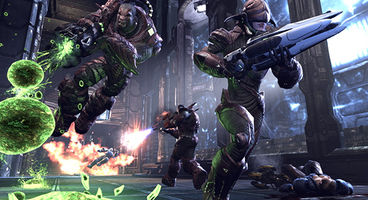 The studio will be focusing first and foremost on the PC version, and the alpha of the new Unreal Tournament is expected to be available in a few months.

Of course to actually assist Epic in developing this new arena shooter then you'd need to have access to the Unreal Engine 4 development kit, which just so happens to require a monthly subscription. Sneaky. However if you just want to play it and give feedback, or just play it, then it'll be in your hands at no charge.

A marketplace will eventually open for modders and fellow game makers to peddle their wares for the new Unreal Tournament, with Epic taking a slice of the pie for themselves. It's through the UE4 subs and these community-created wares that Epic intends to fund the new game.

To find out more about this new Unreal Tournament visit the official wiki.