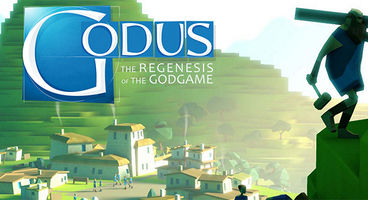 In the latest video update for Godus, Peter Molyneux and fellow designer Jack Attridge reveal a new "opt-in branch" for testers if they want to experience tweaks and feature before they get pushed out publicly.

The winds of change are blowing as agriculture and mining become much more important as resources. 22cans are also close to achieving the 'over 50% done' milestone.

The team aren't exactly sure how well this new opt-in update will play with existing home worlds, which is partly why they're letting us see for ourselves. Crashes are warned.

Farming and mining for ore will become vital pillars of our strategy as we grow and nurture our civilizations, as until now we've been largely unrestricted in growth. This means settlements have been overhauled to make them more functional. Soon Hubworld will be launching as 22cans continues to prepare their server infrastructure, meaning the world of Godus is soon to get a lot larger, teases Molyneux.

They've also taken on a new community manager/liaison so Godus backers are left with a wall of silence, but that also means less video updates unless something significantly big is pushed out to Early Access.

A full breakdown of the Godus v2.0.5 update is available on Steam.