10 July 2014 | By Nick Horth
Well this is a pretty cool concept for a pre-order DLC. Customers who preserve a copy of Creative Assembly's upcoming survival horror Alien: Isolation will be able to experience two bonus missions taken from scenes in Ridley Scott's original Alien film.

The coolest thing is that the crew of the doomed Nostromo will be played by the original cast; yep, that means Sigourney Weaver (Ripley, obviously), Ian Holm (Ash), Tom Skerritt (Dallas), Yaphet Kotto (Parker), Veronica Cartwright (Lambert) and Harry Dean Stanton (Brett) will all be voicing the characters they played back in 1979. 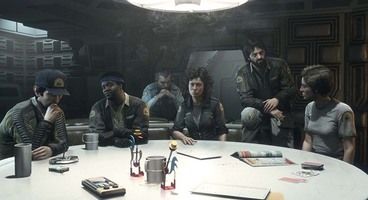 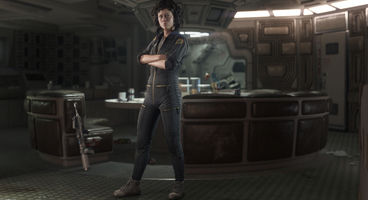 “Working with the original cast has been an incredible experience,”

said Alistair Hope, the game's creative lead. “It was important to us to have the key original cast members reprise their roles in order to perfectly capture the atmosphere of the movie. For some of the original cast, this is their first appearance in an Alien video game. Seeing them reprise those roles after 35 years was an unforgettable experience.”

So, on to the technicalities. Anyone who pre-orders from the UK will automatically upgrade to the Nostromo Edition, which includes the bonus content Crew Expendable. This is based on the scene when the crew are trying to herd the alien into the airlock, a plan which doesn't work very well at all.

Additionally, those who pre-order at select retailers will receive Last Survivor, the second bonus mission in which Ripley attempts to make her escape from the Nostromo.

Alien: Isolation will be available on October 7 this year for PC and consoles. 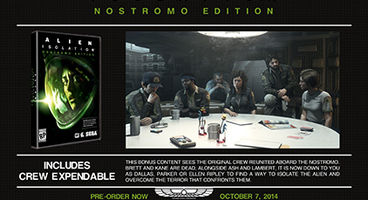 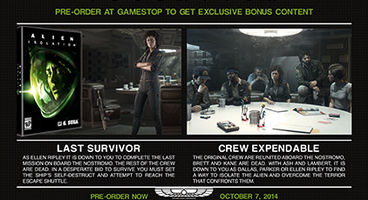