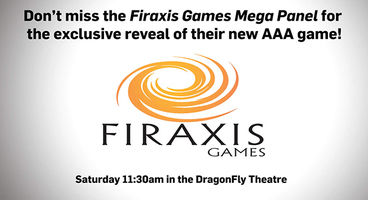 Maybe it's some kind of XCOM-Civilization hybrid? Has such mad gaming science been attempted yet? Well we'll find out tomorrow unless aliens invade or something.

2K Games will also have a playable demo of Turtle Rock's Evolve, along with a "20ft Goliath statue" that'll be a little hard to miss. The Pre-Sequel of Borderlands will also be giving a sneak peak. "On Saturday, you won’t want to miss Firaxis Games announce their next big AAA title, so get in line early for the Firaxis Games Mega Panel. The panel starts at 11:30 am at the DragonFly Theatre," blogged 2K. Will the studio return to XCOM so soon?

Could they fly a Jolly Roger? Maybe some civilization-in-space?