Gold Edition? Pfft. You want the Complete Edition, my friend. 2K Games and Firaxis has announced Civilization V: Complete Edition which rustles up every last scrap of DLC for $49.99.

The 2010 turn-based strategy has two expansions to its name as well as many little packs for new civilizations and scenarios. The Complete Edition will retail this Friday. 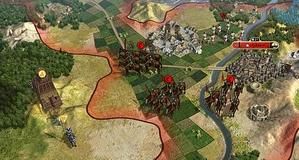