13 October 2014 | By Admin
Lots of required PC specs coming out in time for the Winter cascade of big-name titles, the latest of which are for Konami's Pro Evolution Soccer 2015.

You won't need all that much juice to run this one - that's of the benefits of smudging together current-gen and last-gen versions for the PC, I suppose. (*Dramatic Sigh*)

PES 2015's official Twitter page revealed the specs last week. In August Pro Evolution's European brand manager Adam Bhatti revealed that PC fans wouldn't get the full current-gen version of PES 2015, and instead would receive one with the "same modes and gameplay as PS4/Xbox One. Better visuals than PS3/X360. A hybrid really. Focus was accessibility and quality."

Accessibility being the main aim, clearly. Which is laudable, I suppose, but typically gamers who regularly play on PC have a little bit more power to play with than this. PES 2015 drops for PC and consoles this November 13. Here's the listed specs: 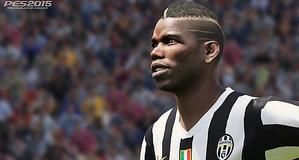