16 July 2014 | By Nick Horth
Respawn has released some more information and new screenshots for the first of three maps to be added to Titanfall in the upcoming Frontier's Edge DLC pack. 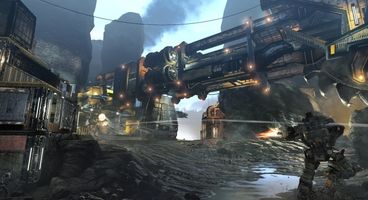 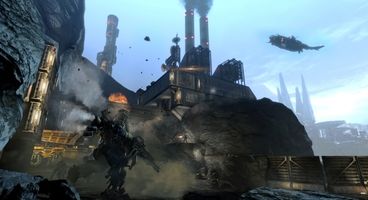 "Surrounded by sheer rock walls that offer natural protection against air assault, the site becomes a bloody ground war characterized by titan skirmishes over subtle elevation changes in the terrain, and a mix of short and medium-range engagements for pilots."

Once again the developers have had to consider level design from the perspective of both super-agile infantry and those piloting mechs. "Titans patrol the narrow pathways between the industrial processing buildings while pilots leap overhead, and an imposing rock saw the size of an overturned office building looms over the site providing cover and high ground for pilots."

With its rocky outcroppings and scattered industrial buildings there's a definite Aliens vibe to this one. Screenshots only go so far in giving you an sense of the map, though. Luckily you'll be able to check out new Frontier's Edge pack via Respawn's Twitch stream this week - there's no set time announced for the live-stream as yet, but we'll keep an eye out.

Frontier's Edge is rumoured to drop around September. Previews of the other new maps included in the DLC are coming later this week. 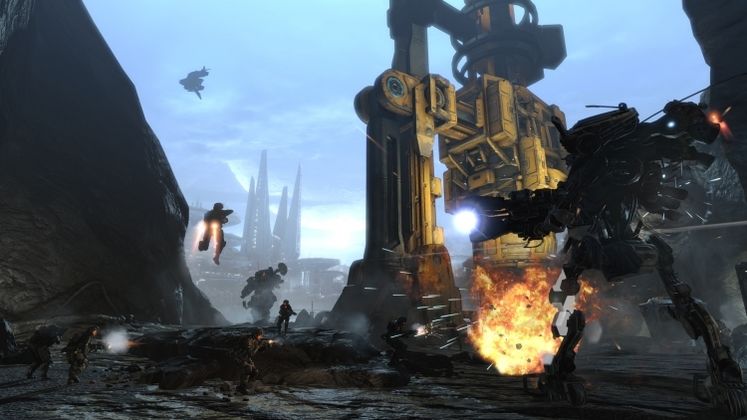