16 September 2014 | By Nick Horth
Why doesn't anyone in Assassin's Creed Unity speak French? It's a question that's has literally some people confused since the Revolutionary Paris-set title was first announced.

“The idea is that the Animus is translating everything into the language you’re playing in,” says Amancio. “That’s why, since you’re an Anglophone, you’re hearing all the dialogue and cinematics in English. It would really make no sense for there to be a French accent because that would mean that this French character is trying to address you in accented English. Everyone in the game is not trying to speak English for your benefit.”

That is simply the most genius get-out clause I have ever heard. The computer did it! But why British voices? The answer's the same as the one given for almost every single historical drama ever filmed - apparently British accents just have that period feel.

"When trying to figure out what accent would be best-suited to the time period and the location," reads the blog, "the development team took a tip from Hollywood. British accents, they determined, just have more of a period feel than an American accent would. It gives the distinct feeling of being set in the past in a foreign place."

Of course, if you want to hear Unity in the mother tongue, you can simply switch over to the French audio track. “The only lines that are going to be translated into English are gameplay-related elements that we need to convey to the player,” Amancio says. “Those parts will be in English. Everything else is in French. You’ll really have the immersion of walking around in Paris and hearing everyone speaking French.”

So absolutely no atrocious French accents. That's nice to hear. Assassin's Creed Unity is on the way this November 11 for PC and current-gen consoles. 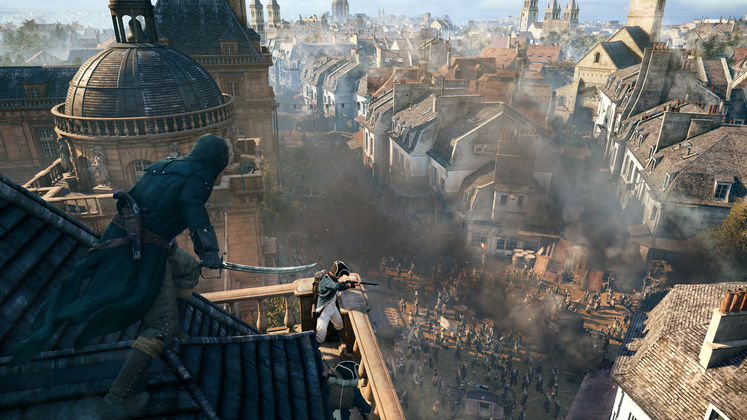