19 May 2014 | By Nick Horth
Obsidian have posted another class update on the official Pillars of Eternity website, this time taking a closer look at the fantasy RPG's Chanter and Priest classes.

Along with the more martial-focused Paladin, the Chanter and Priest make up the "leader classes", support characters that can handle themselves in melee, but specialise in making their allies into combat powerhouses. 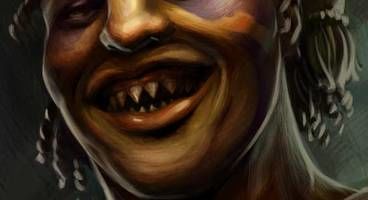 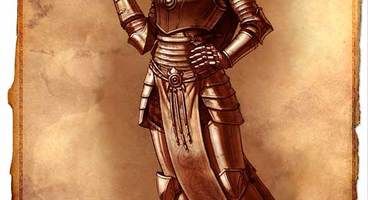 Chanters employ a "rotating cycle of bonuses that shift over the course of combat", slowly building up energy that can then be released in the form of powerful invocations. They're also similiar to the traditional RPG bard archetype in that they often travel the world as storytellers, which manifests in game mechanics as a bonus to their lore stat. Finally, they get the passive power Ancient Memory, which improves stamina recovery amongst allies. Here's a couple of sample chants you can expect to use.

The Fox from the Farmer Did Run and Leap - Enemy Disengagement Attacks have reduced Accuracy.

Priests, meanwhile, are divine warriors that specialise in larger area spells, generally of a beneficiary nature to their allies, but sometimes offensive. They have access to a smaller number of overall spells than a wizard, but do not need to prepare them in advance. Their clerical background gives them a bonus to the lore stat, and they also get a bonus to athletics to represent their constant travelling from place to place. Here's a couple of priest spells.

Consecrated Ground - Creates a long-lasting circle of Stamina regeneration on the ground for allies.

Cleansing Flame - Hurls a ball of holy fire at an enemy. It does continuous Burn damage to the target and reduces the duration of beneficial effects (Reflex). After a few seconds, the Cleansing Flame leaps to another enemy within 3m and repeats the process again, ultimately affecting up to three targets. If no valid targets are in range when a leap occurs, the spell expires.

Check out the full post here, which has more thematic information about the two classes as well as a larger list of spells and chants.