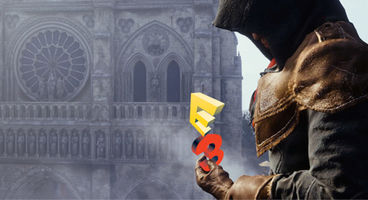 Ubisoft has confirmed that the newly announced Far Cry 4 and Assassin's Creed Unity will be a part of this year's E3 event by the publisher, as will The Division, The Crew, and others like Valiant Hearts: The Great War.

They'll showcase the "latest rich, immersive experiences" in the works from their in-house teams. CEO Yves Guillemot confident they have 'something for everyone' this year.

The Ubisoft media briefing at E3 2014 starts June 9th @ 3.00PM PDT at the Orpheum Theatre in downtown L.A., which will be hosted by actor and comedian Aisha Tyler.

"This year’s E3 is the time for us to showcase the latest rich, immersive experiences our talented development teams are creating,” said Yves Guillemot, Ubisoft’s co-founder and CEO. “These deeper, more connected and more social worlds take better advantage of the new generation’s capabilities, and we’re confident that we’ve got something in our lineup to get every type of gamer excited."

Far Cry 4, Assassin's Creed Unity and The Crew are scheduled by the end of the year. Recently an alleged insider at Ubisoft Massive dismissed as 'too optimistic' the likelihood that The Division would be out by autumn 2015.