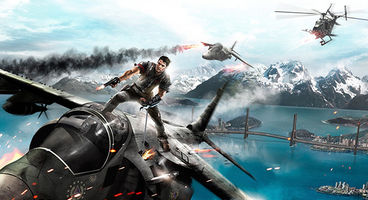 Avalanche Studios is still a busy bee with their Mad Max game in the works, but fans are also eagerly awaiting a new Just Cause. So far the studio hasn't made anything official to fans of the series.

However a former employee of Chinese outsourcing studio Virtuos lists Just Cause 3 on their LinkedIn profile, alongside Kojima's two Metal Gear Solid 5 titles.

They left the studio back in March of this year, with Virtuos used by publishers and other studios to help with their major projects, particularly with work on certain platforms.

Christofer Sundberg, the big cheese over at Avalanche, has teased they're working on an "unannounced sandbox action game" that's scheduled to be arriving in June 2015 for all major next-gen platforms. It's part of a "very well-known game series" for Square Enix. The accusing finger points straight to Just Cause 3.

However that summer date may not hold because Mad Max was meant to be out by now, but has been delayed. As recent as this summer, Avalanche said that 2015 was "set to be the biggest year since the inception of Avalanche Studios more than a decade ago", with "several surprises planned" throughout the year.

Just Cause 2 is still very popular today thanks to extensive work by the modding community, which includes a semi-official release of a multiplayer version of Just Cause 2, dialling up the mayhem all the way to 11.