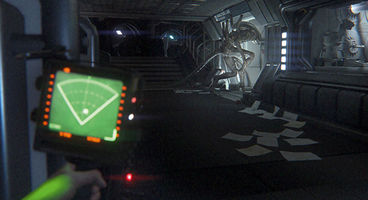 Creative Assembly will be hogging the EGX stage again an hour later with Alien: Isolation, where Creative Lead Al Hope will be introducing their behind-the-scenes expose into the game's development.

Alien: Isolation is the very first Alien game that looks to accurately recreate the aesthetic and vibe of the original movie, where you're not some gruff marine.

Instead we're Ripley's daughter Amanda who is trying to find out exactly what happened to her mother. Aboard a space station we'll be mercilessly stalked by a single hulking alien that's terrorising whoever's left alive. Isolation also reunites the original cast of the movie for the very first time.