War of the Vikings

War of the Vikings now with customisation, level progression

29 January 2014 | By Simon Priest
Paradox Interactive announce that FatShark's War of the Vikings will now let us customise our Nordic and Saxon warriors, giving us a selection of "visual components and character build options".

More will be available at the game's launch. Level progression is also now in effect with additional loadout slots unlockable. Paradox releases a teaser trailer.

Visual styles can be customised such as patterns on cloaks, armours, shields, and a limited selection of helmets, taunts and... beards (arguably the most vital).

"...players of War of the Vikings now have the ability to design a Viking or Saxon of their own from a selection of visual components and character build options, with more choices to come when the game is released. A level progression system has also been added in the update, allowing players to unlock additional character loadout slots and more as they prove their courage in battle," explained Paradox.

"Combatants will have access to all in-game weapon types and a limited selection of character perks, with more weapons and perks to come at release. Visual styles can also be customized, with full access to cloak and armor patterns, shield customization including patterns and colors, and a limited selection of helmets, taunts, and – most importantly – beards. In addition, the new level progression system will allow players to advance up to level 20 (with a higher level cap coming in the release version), and unlock up to four customization and loadout slots."

War of the Vikings is currently available through Steam Early Access for £14.99.

Related Games:
War of the Vikings

War of the Vikings Essentials 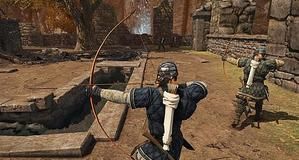