30 June 2014 | By Nick Horth
Well this is a new one. Large-scale sci-fi Planetary Annihilation has been out in Early Access mode for quite some time, but now it's also got an actual retail release... for said Early Access version.

After a user on Reddit expressed his confusion at finding a retail box at his local store, developer Uber's director Jan Mavor explained the decision in an email to Game Informer.

"At Uber we've been trying really hard to innovate on business models during the entire development of (Planetary Annihilation)." Mavor said. "We had planned to do a retail release all along and the early access box came about as part of our experimental attitude. Since early access works so well, our partners at Nordic thought that it would be worth trying an early access retail edition and we agreed it was a cool idea."

When asked why Uber was releasing an unfinished game, Mavor seemed unconcerned. "The real question is, why not? After all, they are getting the same game, just earlier. It's a changing world and we hope to continue trying out new and innovative ways to make games."

was successfully funded on Kickstarter back in 2012. It's been on Steam Early Access since June last year. 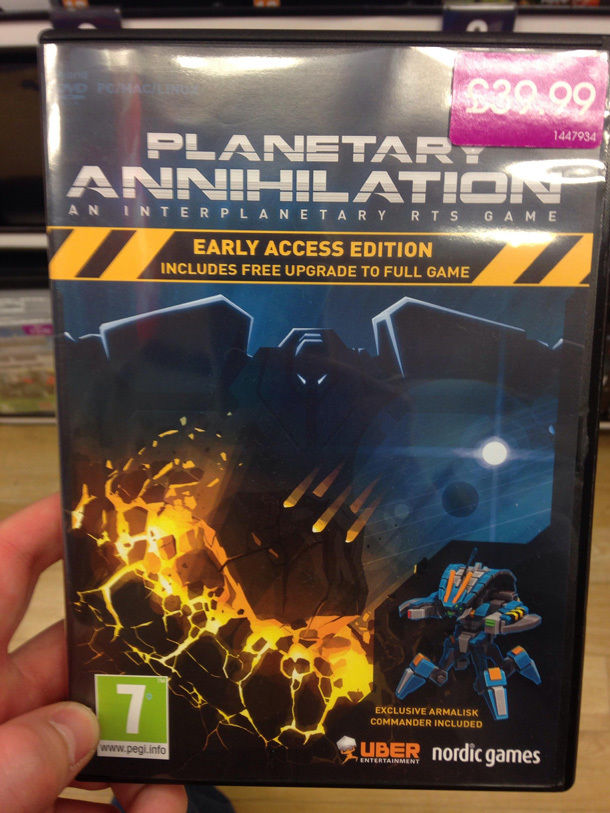