02 March 2015 | By Nick Horth
Unsurprisingly there have already been a few gaming tributes to the brilliant actor Leonard Nimoy, who passed away last week at the age of 83.

Elite: Dangerous studio Frontier Developments is the latest to pay their respects, namely by adding a new orbital station named after Nimoy in the game's 1.2 update. 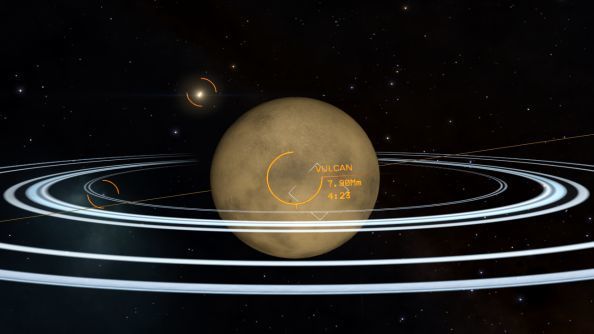 The Nimoy Memorial station will naturally orbit the planet Vulcan, in system LHS-3006. As if I need to explain this, but Star Trek's Spock, Nimoy's best known creation, was a half-Vulcan. Players are already requesting other little details and references to the actor and his most famous role, so it should end up being a nice little tribute to a much-loved man.

Elite: Dangerous is set to receive 1.2 update, 'Wings' shortly, which will allow players to group up together in order to travel the galaxy. It's set to enter open Beta this week.