15 April 2015 | By SimonPriest
With the 'ultimate edition' of Grand Theft Auto V now out on PC it's time to get judgemental. We've been playing it as long as everyone else - from midnight on April 13th - and so it's going to take a little while.

What we're looking at are the PC exclusive features more than the full game itself, since most know by now how that went down. What can we say right now? It's playing real smooth so far.

With settings cranked all the way to Very High and Ultra where they can be, the only thing left off would be anti-aliasing (MSAA) since it's not a game that suffers much from jaggies. It's also running at 1440p, and with everything I've turned on it wants around 6GB VRAM.

Life in Los Santos has taken a turn for the great with the PC version, especially since the last Grand Theft Auto V binge I had was on the PlayStation 3 version as I skipped the Xbox One and PlayStation 4 releases. For any who are in a similar situation, it's a huge leap in fidelity.

It's not easily apparent at first but soon enough you start to notice just how gorgeous Grand Theft Auto V has become, especially when you start taking in the scenery in latter parts of the Story Mode, or decide to drive yourself around San Andreas. 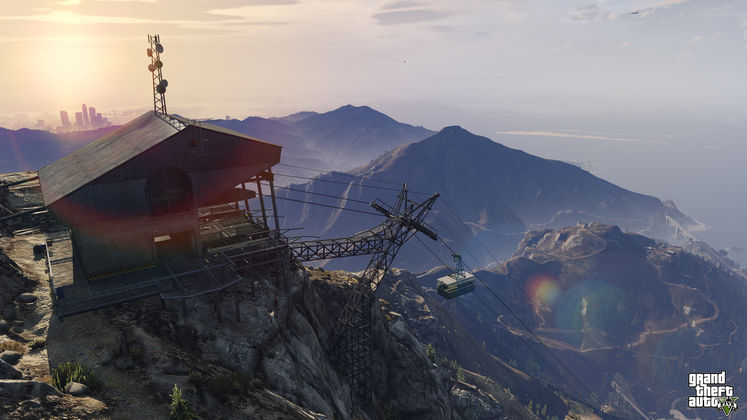 There's really a buffet of configuration settings to gorge on. What's been powering my trip to Los Santos? I've got an i7 3930k pushed to 4.25GHz, 16GB RAM, and two overclocked GeForce GTX 780 Ti cards in SLI. It's also installed on an SSD and hooked up to a 27" monitor at 2560x1440p. I'll admit I was surprised to maintain a near constant 60 frames per second.

That seems to be the real beauty of Rockstar's PC version; that it's actually optimised so well that most are finding it easy to adjust their settings and get a stellar performance. My PC isn't the top dog it once was but it's spitting out the frames with little fuss. A handy meter tells you how much VRAM you're consuming with your options.

Understandably turning on anti-aliasing (MSAA) really drains the frame rate, which has always been the way. When you switch to the excellent first-person view in-game, having as stable and high a frame rate as you can get really pays off. It's always funny that playing with keyboard and mouse suddenly feels like 'cheating' in today's Grand Theft Auto series.

GTA Online is going through its own PC teething troubles right now, which is to be expected with such a huge launch. Load times can be a snooze at times, and then there's actually dealing with other players, who can be a little trigger happy. Luckily you can keep 'safety on' and so not get mowed down every 5 seconds. It's going to take a while for everything to settle.

Be sure to check back with us when we've got our full Grand Theft Auto V PC review.